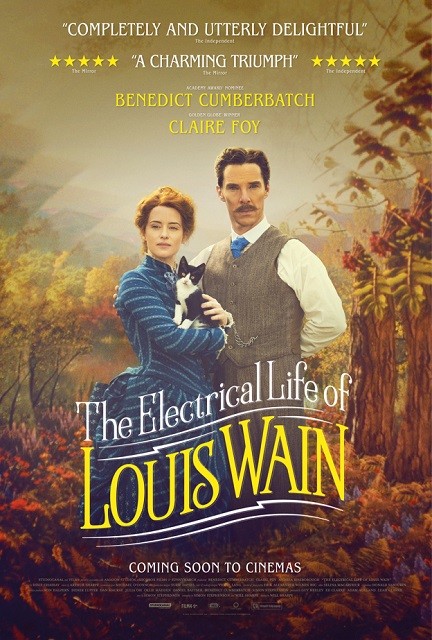 ELECTRICAL LIFE OF LOUIS WAIN (12A)

Moving from the late 1800s through to the 1930s, we follow the incredible adventures of this inspiring, unsung hero, as he seeks to unlock the "electrical" mysteries of the world and, in so doing, to better understand his own life and the profound love he shared with his wife Emily Richardson, played by Emmy® Winner and BAFTA Nominee Claire Foy (The Crown, First Man).