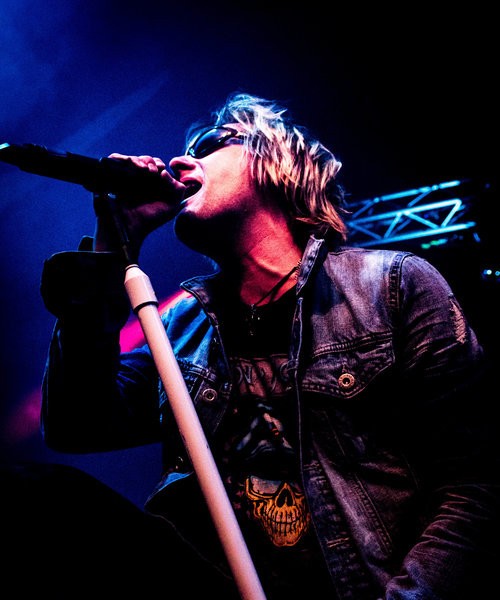 Back By popular demand!!!!The only Bon Jovi tribute show you need to see!

A high energy electric packed show guaranteed to get your hands in the air, Bon Jovi Forever have been reviving the heyday of the 1980/90's with their sellout tribute show in venues throughout the UK.

Come along to an electric performance that will recreate a stadium style show here at The Forum packed with Bon Jovi's hits, album tracks and so much more. This show is guaranteed to give all fans of Bon Jovi ‘One Wild Night’.

Bon Jovi Forever come loaded with authentic signature guitars, stage clothes and a stunning light show with a first class sound system as well as stunning stage effects and explosions to make you believe you're stepping back in time to watch the real thing!

A time served professional vocalist with over 20 years' experience in the rock industry, Gregg is a huge Bon Jovi fan which certainly comes across in his flawless live performance as Jon.

Also with over 20 years of teaching guitar and playing liv, Phil lays down the Richie role perfectly. Loaded with signature guitars and amp: seeing is believing!

Stev a lecturer and teacher in all things bass. With 2 solo albums to his name and over 5,000 live show performances, Stev certainly has sold his soul to rock ‘n’ roll!

Matt has previously toured with the UK's best Pink Floyd show (Shine On) and his sounds and playing are second to none. Also providing stunning backing vocals, Matt is the perfect David.