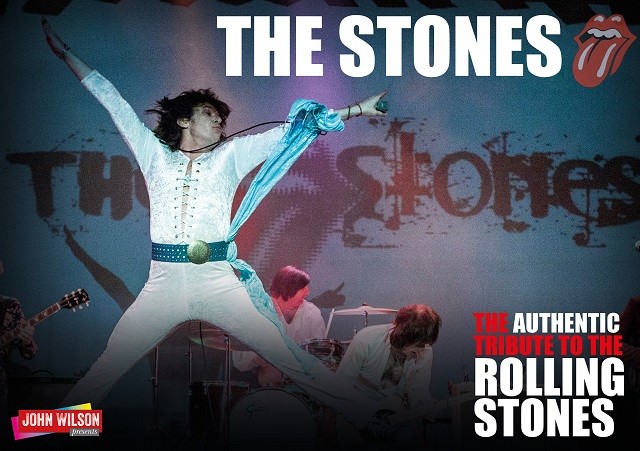 ‘The Stones’ are the UK’s No.1 and most authentic tribute to The Rolling Stones, bringing all the hits and timeless Rolling Stones tracks to the big stage - from ‘Satisfaction’ and ‘Jumping Jack Flash’, to ‘Ruby Tuesday’, ‘Start Me Up’ and ‘Brown Sugar’ - the Greatest Tribute Band in the World pays tribute to the World’s Greatest Rock and Roll Band.

With all the energy and charisma of The Rolling Stones themselves, ‘The Stones’ pay an accurate and faithful tribute to the sound and look of an authentic Rolling Stones show. Complete with authentic vintage instruments, costume, mannerisms and the 'look-alikes', the group perform each single song with the same accuracy, passion, energy and verve of the originals.

Since forming in 2007, ‘The Stones’ show has grown into a full-scale Rolling Stones concert, leaving audiences mesmerised up and down the UK, Europe, and further abroad.

The band perform the music of The Rolling Stones faithfully, accurately, and with all the excitement an audience expects from ‘The World’s Greatest Rock and Roll Band’.